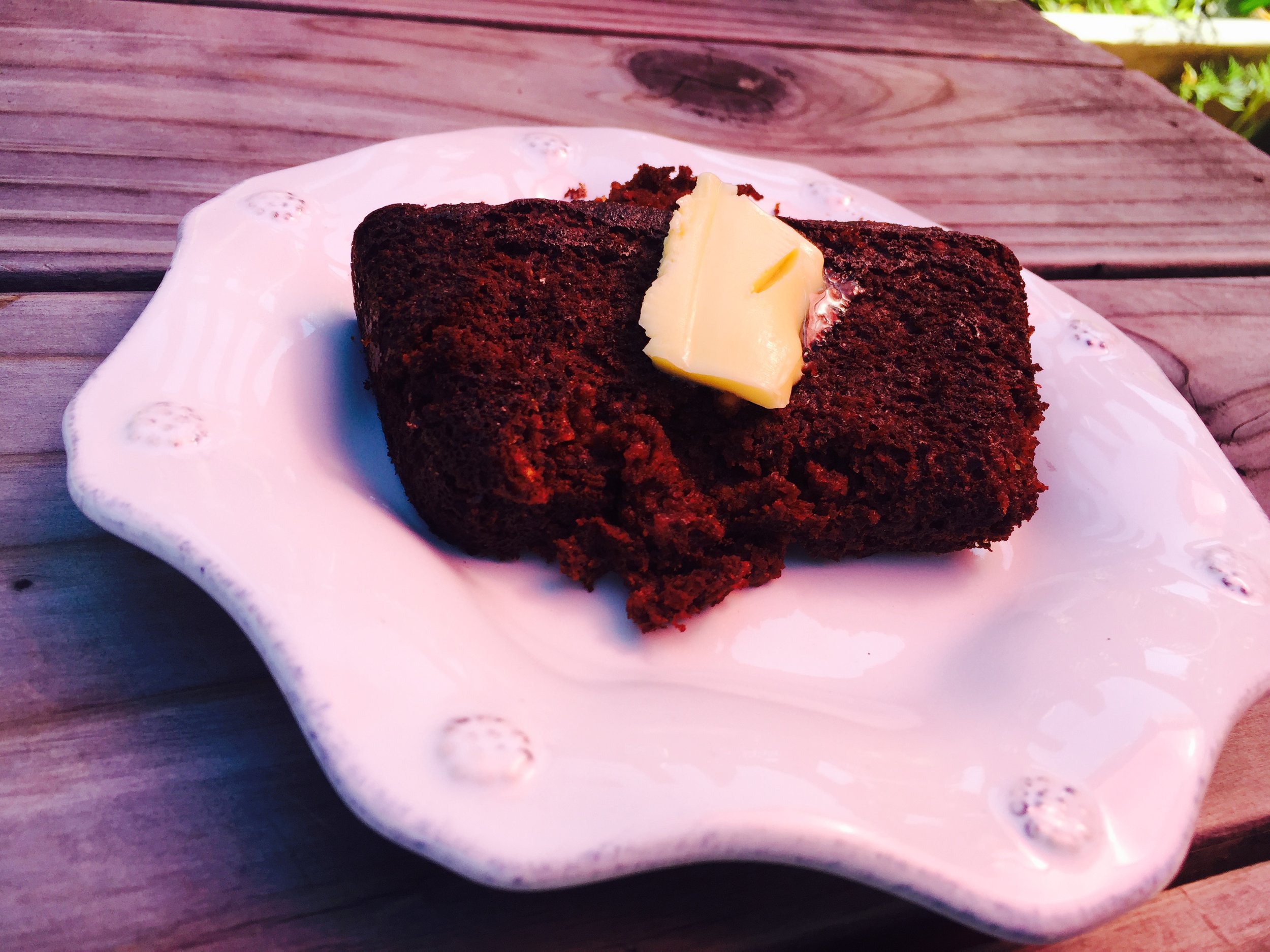 My Love Affair With Butter

I have a love affair with butter, this is true, but there is a reason for my madness. My butter love stems from the fact that I omitted it from my diet for a decade with the belief that is was “fattening”. Even though my father taught us that everything tastes better with butter, (which is true, admit it), and our family was not overweight from our butter consumption. I gave it up when my first food science professor waved a mock 1 pound piece of fat in my face and said...

"If you eat fat, it will end up on your thigh."

The Department of Public Health recommends individuals drink low fat or fat-free milk, so naturally I assumed that butter, about 80% fat compared to a 1% milk fat should clearly be avoided. I believed this nonsense, regardless of the fact that whole fat dairy and butter had been a healthy food in my ancestry and most likely yours too.

Milk and butter traces have been dated back since the neolithic era and were written into the Old Testament for food, cosmetics, and ceremonial rites. In the Quarterly Journal of Medicine in 1921, whole milk, buttermilk, and butter were prescribed for a number of ailments including constipation. According to the Dairy Farmers of Canada, butter is believed to come from the word “bou-tyron” Greek for cow cheese.

Butter was used in Ancient Rome as a cream to smooth the skin and hair, in Asiatic India to burn in lamps, in Ancient Egypt as a cure for the eyes, and skin burns, and in China during the T'ang dynasty to represent the Buddha's spirit. It was given to newlyweds for fertility, it was buried with the Irish, Scots, and Finns for their afterlife, and it was used in religious ceremonies all over the world. It may as well have been a liquid gold.

Butter is made from disturbing cream until the fat separates from the whey. It's not rocket science; we’ve made it in my children’s classrooms by shaking bottles and I’ve recently enjoyed the convenience of making it in my food processor in a matter of minutes. In a book from 1750, the invention of the barrel churn was recognized for its convenience in expediting the production of butter from a few hours of stirring. I suddenly feel very lucky with our modern mixers. If you really want to get scientific about making the perfect butter you can read this article in the American Journal of Public Health, but I promise it's as easy as pouring a bottle of whipping cream into the processor and watching it spin into butter and whey.

Butter and cream have been controversial for some time as to their role in cardiovascular disease, diabetes, and total mortality. In a systemic review and meta-analysis of butter and dairy fat consumption, researchers found little if any evidence of the need to decrease butter consumption.  In fact, researchers found an inverse relationship where the higher the milk fat, the lower the risk of diabetes in 3,333 adults.

Whole fats have been grossly misunderstood and misrepresented as the bad guys, when in fact they are necessary for optimal health. Fats from whole foods are making a comeback in the holistic health community because so many of our patients are deficient in essential fatty acids and vitamins A, D, E, and K which are only present in whole fats. Even in mainstream medicine changes are occurring. The AHA, which revised the cholesterol guidelines in 2013 has revised them again. It seems eating eggs with cholesterol is not so bad after all. This means...

The bulk of the nutrition is found in the yolk and now you can cook those eggs in butter.

Unfortunately, our nation is suffering from obesity, diabetes, and disease because we are replacing real foods like eggs and butter with processed cereal grains, margarine, and refined sugars. Yes, they are marketed as low-fat, but the bottom line is "low fat" is a marketing tool to convince us that we are eating a "healthy" product that will not make us gain weight. This is simply not true as "low fat" foods are often full of toxins used to replace the flavor that is lost, and synthetic vitamins to replace the vitamins lost when the fat is removed. As the obesity epidemic rises in line with the replacement of whole fats, we can see that these fake foods have actually made us gain fat and cardiovascular disease instead.

I spent years struggling to maintain my shapely figure on a low-fat diet. I had trouble with infertility, chronic migraines, constipation, and depression. The doctors shook their heads, called my tests "normal" and asked me if I wanted a medication. Finally, I went back to school to find out what the heck was going on. I studied ancestral diets and a holistic approach to the evidence-based physiology of eating fat. I incorporated butter into my diet again and I'm a firm believer as our ancient cultures were too that...

butter is a medicine of the gods

Not only have my health symptoms become an old memory, but I noticed I eat way more vegetables with butter. More importantly, my kids do too. I believe the health benefits of your kids eating a plate of beets, onions, and broccoli covered with butter greatly outweighs the risk of them deciding they hate plain vegetables and reaching for more chicken nuggets instead.